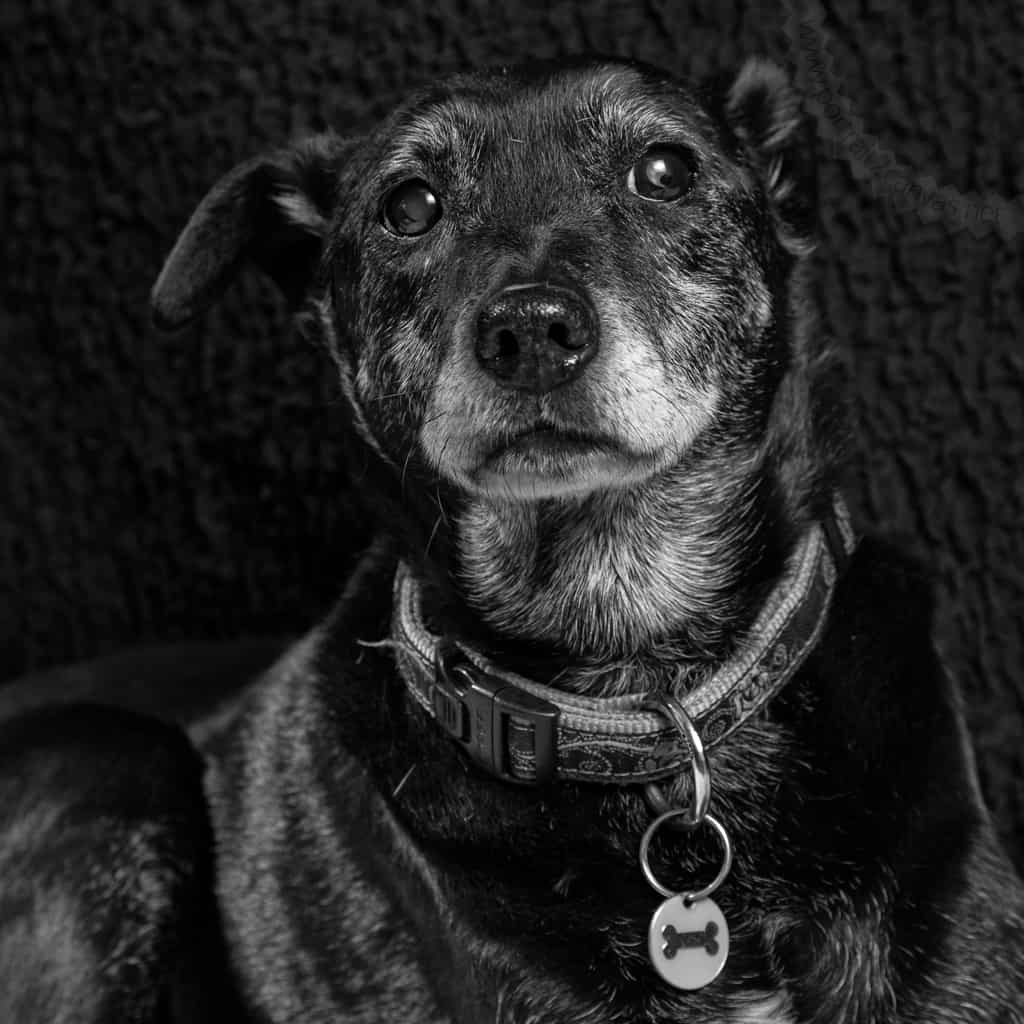 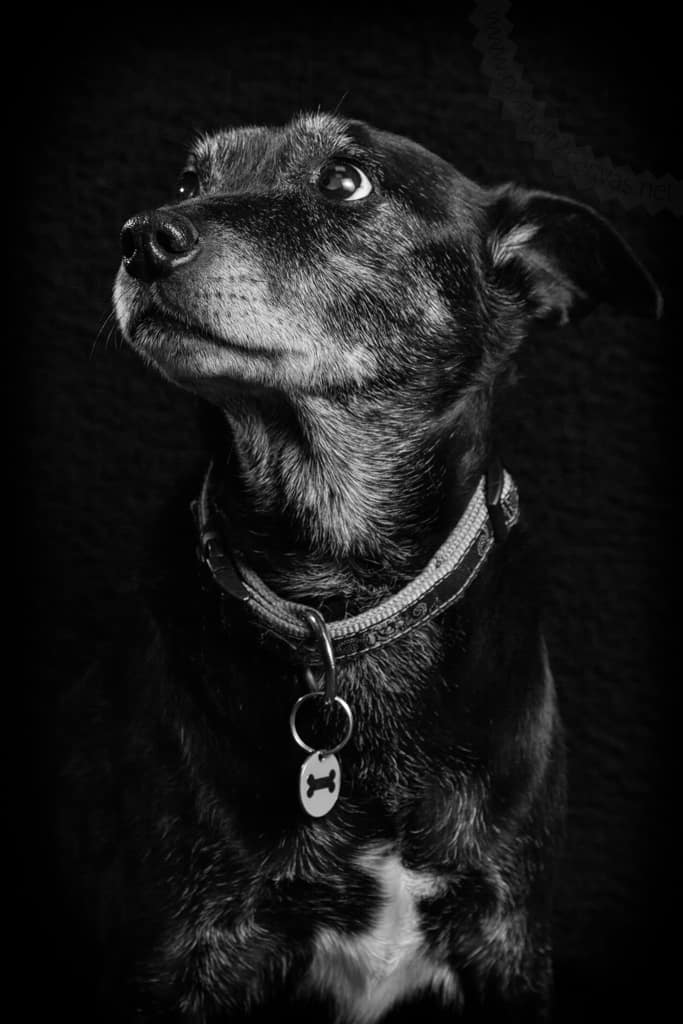 Molly is a 17-year old Patterdale/Staffie cross – that’s 119 in dog-years! She has cataracts in both eyes, is losing her hearing and also losing weight due to eating problems. She also struggles with her mobility and especially stairs. Having known the owner (and Molly) for a number of years, I can vouch that Molly has been a much-loved member of the family. We’d talked on-and-off for some months about taking portraits to capture her character and today I was privileged to undertake this.

Shooting in a confined space (8ft x 6ft), lit with a gridded softbox to front and a small amount of rim-lighting to help define her against the black flocked background. I would have ideally liked to have placed the background further away but I’m otherwise happy with the setup as-is. I was asked to shoot in black and white.

Although Molly is familiar to me, I spent the first few minutes giving her a good fuss to ensure she was entirely at ease before photographing her. The next part was getting down to her level which basically meant me shooting fully prone. The first flash startled her but some reassuring words from her owner soon settled her down which made taking the rest of the photographs easier. 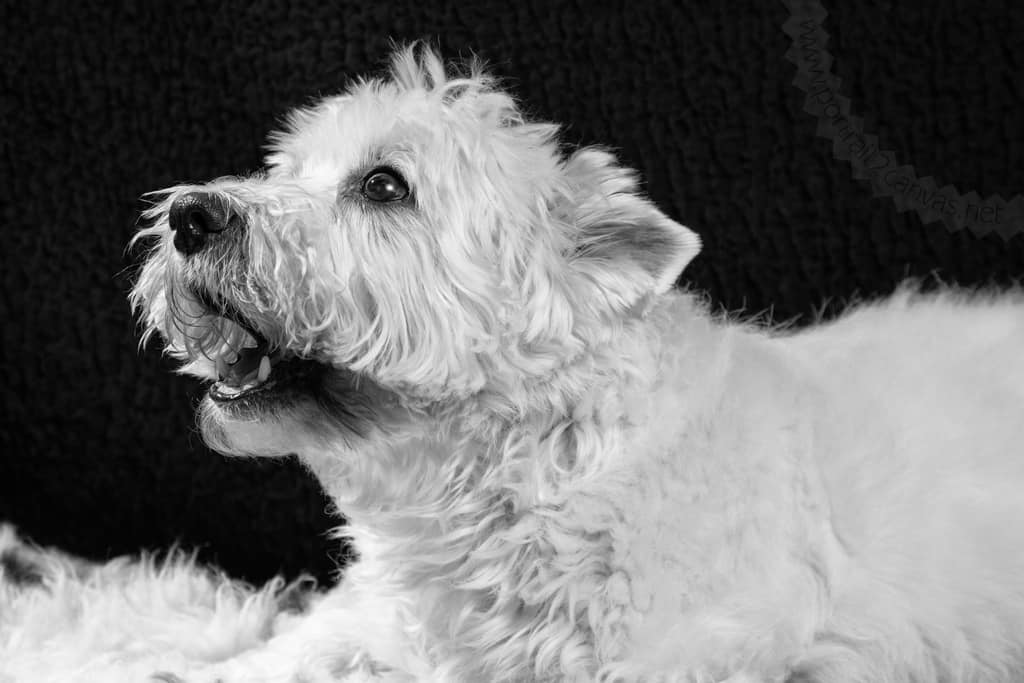 Molly lives with a Westie called Snowy. He is younger and fairly boisterous but he was keen to get in on the ‘action’ and obliged for a few shots of his own. A nice way to end the year and I’m glad to have helped to create these photographic memories for Molly’s (and Snowy’s) owner.